Disclaimer- again- I am not a medical professional and this is not advice. Also- I did try to be as respectful as possible even with my blood boiling. There are some amazing healthcare providers out there- and kickass women with or without diabetes that are amazing moms (some diabadass moms too) or who want to get pregnant. But remember there are also some not so great providers and not everyone can have kids and not everyone wants kids.

If you’ve seen any of my posts on facebook or twitter, you’ll have seen my “rants” about what’s been going on recently in terms of my health- I’m just a big bag of fun…. Getting ready for a long ranting post-

But when I posted on facebook- I saw so many me too’s- but finding these me too’s on the general internet has not been as fruitful in my searching attempts. 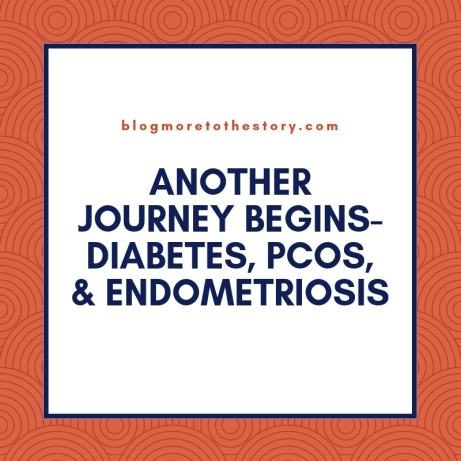 I started having some awesome problems with my period….  again……… I went into the doctor hoping for a “stronger” script to help with this. I’d been exhausted and my BGs had been everywhere, etc. Then hello- period was two weeks early- and it was still happening as I write this… 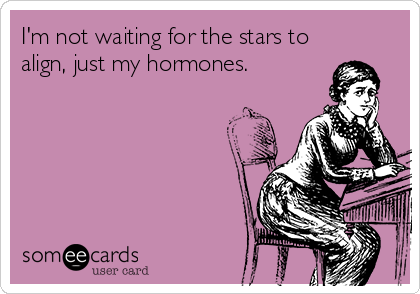 Well then after a work-up and everything- the doctor goes- well I’m pretty sure it’s PCOS (Polycystic Ovary Syndrome).

Then she calls me later that day (as many of us know- same day calls often raise anxiety levels)- and she tells me- my thyroid is off too, but she’s pretty certain it’s both (something with my thyroid and PCOS) based off my symptoms and initial blood work. I need to get to the appropriate doctors ASAP.

Let’s back-up- I DON’T HAVE AN ENDO RIGHT NOW basically. I’m switching again (the newest endo I found, left….) and haven’t even had an appointment yet. But I contacted her- and she’s been awesome. She looked at my initial blood work-

So it’s either thyroiditis again or sub-clinical hyperthyroidism. For right now- we’ll be doing check-in’s to make sure I’m feeling okay- and then go in for my appointment in a few weeks to figure out exact next steps. So I don’t have to have another appointment. But in the mean time…. I’m supposed to run higher…

Let’s take a second to pull this all together- my period makes anxiety levels higher and so does running higher- so this will be a great combo for my mental health.

So that’s when the all of the questions and worries start really hitting- and the planning part of me that kicks into gear because I’d rather not deal with emotions right then.

A little background- My period has not been my friend since day one…. Before birth control…. It was awful. And I had to fight to get on BC…. They didn’t want me on it.

Then they didn’t even do tests that they should have… And you know what got them to at least put me on BC… the diabetes… of course.. at least it worked, but why is the only justifiable thing diabetes?? Why can’t it be that something just isn’t right… Why can’t it be my quality of life…

Then I had a doctor bring up that it could be other things in college when I went off of BC because I was sick because of the thyroiditis and something was definitely off- thinking maybe it was that. But she said nothing was conclusive. I then eventually went back on BC and let it be/ignored it.

This reminds- of my old endo who told me “I was a stressed out female” which was why he wouldn’t okay scripts….. and that was a quick exit too finding a decent endo in ATL before I moved and getting an amazing professor to help me navigate what was going on. But you know what, doc?- you were wrong.  I will be writing you a letter and sending info about my blood work to tell you so. Because that’s how I roll. 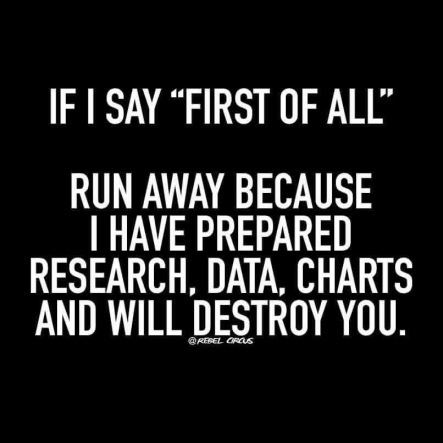 So fast forward to now.

I often go back and forth between-

“My body hates me” and “dang- my body deals with a lot and still functions (for the most part) and look what it can do.”

Right now- I’m leaning towards- “my body hates me.” I’m also leaning towards- as usual- that I am not a fan of the healthcare system- and I feel like a lot of people look at me and the only focus is on the diabetes and that I should have kids…

Please take your gender norms OUT of my healthcare.

I spent time googling and researching- I found some general information about PCOS- but most of the “treatments” are very focused about being able to get pregnant- which is important for some people- but like I’ve shared- it’s not for me. We’re all so different…

I then go and google diabetes and PCOS…. Well most of the info is type 2 related (but honestly- to me that’s to be expected- because most people with diabetes have type 2).

But even then- there wasn’t a lot that felt useful for me or helpful… Most of the posts were outdated and only from the medical side. I googled it in various ways. Nothing really popped up or changed- I did find out that having diabetes makes PCOS more likely…..

Um…. Where was that information?????? No one really ever told me that…. Was 13 year old me supposed to be an expert about that stuff by then? And advocate for myself even more so? With the not so great sex education in school happening to top it all off….?

and a book for women with diabetes… It only has a few paragraphs about periods in general with pages about pregnancy and nothing about PCOS.

Yet the CDN website at least mentions it, and thank goodness I found that- because that’s how I found more information- but I would like more.

But I’m grateful for the #DOC- because some specific people and organizations have been great and came to my side immediately- such as everyone at my job, specific friends, and people at DiabetesSisters.

But really- this irritates me- this goes along with the whole idea that it is every woman’s job to have children- this focus on pregnancy and being able to get pregnant reminds me of that… but not everyone wants to have children (or can), some people are not ready yet, and what about health in general?

So regardless of the situation… comments related to that are really not okay in my book- it’s not your business and having children is not my only job in the world.

And the fact that my body seems like it is pretty much a hostile environment- it does add to my reasons for not wanting children… Plus gender norms and social constructs are something I’m not a fan of anyways. But it just really hits me what the focus is and what it’s important and how these ideals spill into healthcare. I think my quality of life and health are what matter above all- right? But I should be miserable so that I can have children like “I’m supposed to” even though PCOS impacts fertility…

But what a shock- something related to women’s health that people aren’t really talking about or wanting to talk about or adding stigma to…. And something else I have to dig through and be my own advocate for to find out about. My frustration is through the roof… Oh- and I kind of think “hmmmm” to myself about what the recommended age for any kind of surgery related to this… It’s 40- seems pretty tied to having kids to me.

Periods are taboo and pain associated with it isn’t “that bad”– anything impacting pregnancy is surrounded by shame- and diabetes is taboo- put it all together and you get the nonsense going on.

I had to “use” the “diabetes card” to get an appointment asap because I’m miserable. I then had to use it to get my follow-up appointment. Which again frustrates me… that diabetes has to be what gets things going-there are other aspects to my health..

At my appointments for just about anything- I get looks of pity and confusion when I say I do not want children- but I get a look of indifference when I say how much my period screws up all aspects of my health.

I’m really over “experimenting” with finding things that work… which I know is what this will be… My guess- I’ll be shopping for the right healthcare provider for me because I don’t want someone who’s going to focus on being able to get pregnant. I want someone who is open to other options- because here’s the thing- I’m basically done with having my period- the goal is to not have one- and it’s not medically necessary to plus I’m miserable- but I can promise you that I also have other options on the table because I’ve had it with this not so lovely gift from mother nature. I’m a force to be reckoned with that won’t back down or be talked at. I will be active in my healthcare. It is my body- so it’s my choices (but of course some things I don’t have a choice).

I’m just- not having it right now.

Editor’s Note: This post was originally published in July 2016 and was updated for clarity and accuracy in September 2018.

12 thoughts on “Another Journey Begins- Diabetes, PCOS, and Endometriosis” 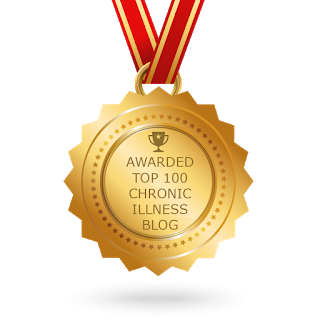 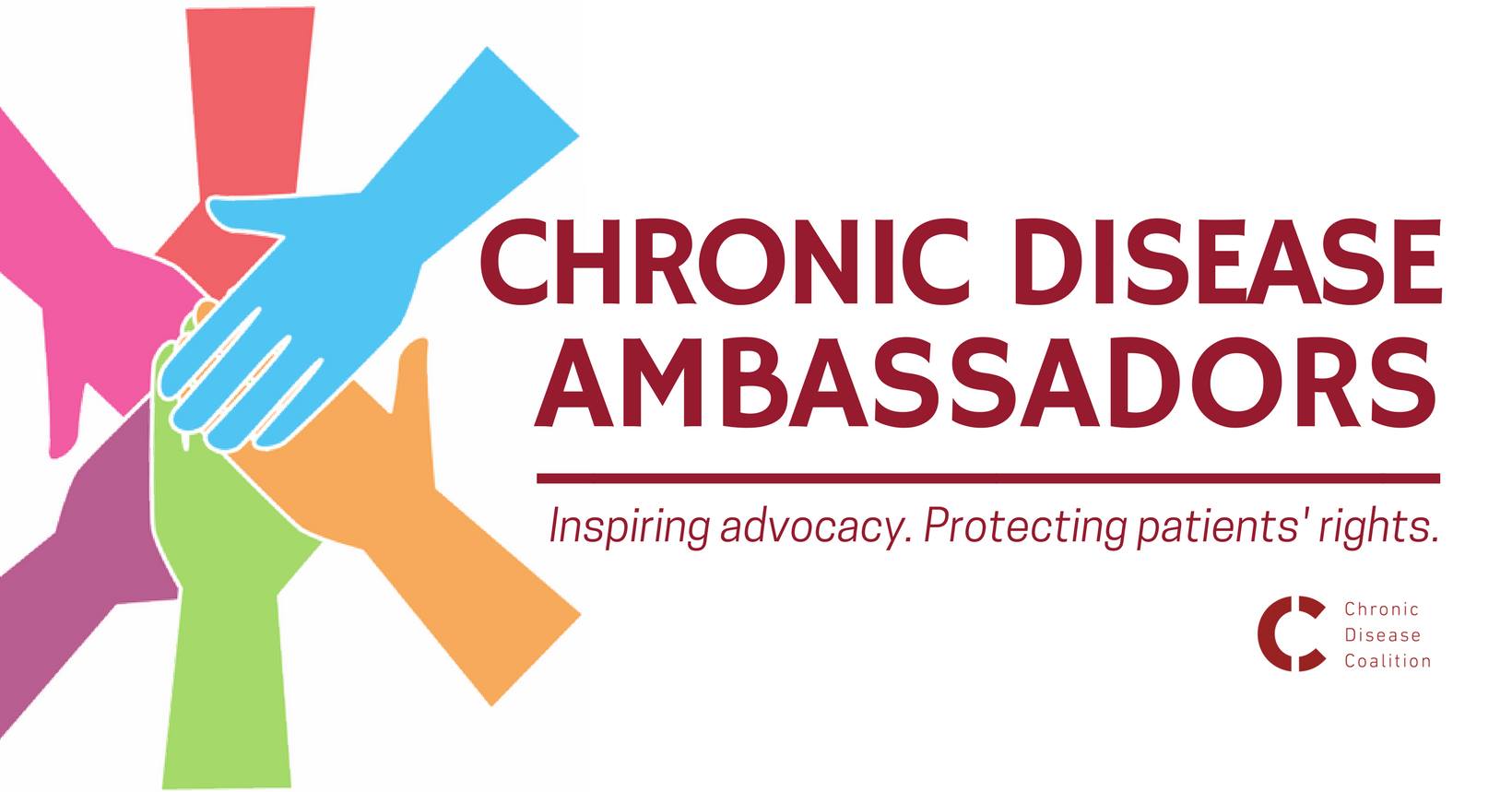 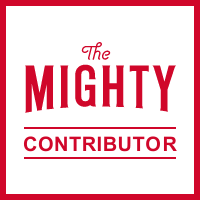 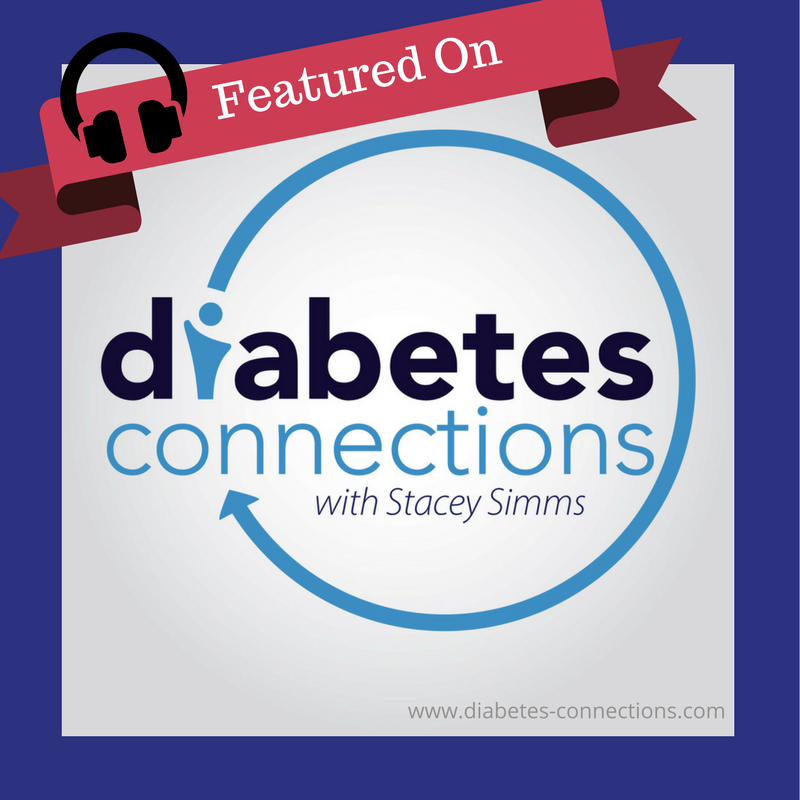